What you need to know about pension plans in Spain

Your money is not safe

Many people think that a pension plan is a guaranteed product, a piggy bank to deposit your savings and see them grow to redeem the money later. Nothing could be further from the truth. Your pension plan can lose money regardless of its risk category.

After all, a pension plan is just the tool to market a pension fund, which works like an investment fund. In other words, the fund will invest your savings in different assets trying to achieve profitability, sometimes it’ll do well, but sometimes it won’t. So, in the end, when redeeming the money, your vested rights may be lower than the amount you have saved during those years and you won’t have the retirement you had dreamed of.

Even the most conservative categories, such as fixed-income securities, may suffer a fall or two as we learned with the 2015 debt crisis. Imagine that you retire just when the plan accumulates the biggest losses. You’ll get even less than what you saved.

Pension plans have an unpleasant surprise you’ll discover when you’re due to redeem the money: The Tax Authority (Hacienda) will take a good part of your life savings.

If at this point you’re thinking “but didn’t these plans have a beneficial taxation and allowed to pay fewer taxes?” The answer is: yes, but that’s only for contributions. When you withdraw the money, the benefits disappear and the drawbacks appear.

The first major disadvantage is that you have to pay taxes for your vested rights. In other words, the taxes you pay are determined by the amount you’ve saved plus the profit from it.

This is not the case for other investment products in which you only pay taxes on profits obtained. This is already a huge handicap, as you pay taxes on your savings and not on what you get from them.

In addition to that, pension plans are taxed as earned income and not as savings income like most financial products. The difference is that it’ll be subjected to the Personal Income Tax (IRPF in Spanish) tables, in lieu of the tax savings tables, and therefore the percentage to pay will be different.

Explained further, the money you get paid every month or every year from your plan will be added to other income such as public pension and the grand total will be subjected to the PIT tables. Do the math and you’ll roughly know how much you’ll have to pay on your income tax return.

In this sense, a common mistake is to redeem all the plan money in one go -Redemption in the form of capital-. If you do that, all that capital will add to your income so it’s very likely that you end up in the highest withholding bracket. Imagine that you have accumulated 150,000 euros and that you redeem them in one go. No matter how many deductions you may apply, the most likely is that you’ll easily end up paying up to 45% tax on your income.

The fees charged should be clearly reflected in your pension plan, and these cannot overcome a legal maximum. Specifically, the maximum direct commissions are 0.25% for deposit and 1.5% for management.

The recent reduction in management fees to up to 0.85% for fixed income plans and to up to 1.3% for mixed-income plans do not hide the reality: You can lose money just by paying the plan. In fact, if you have 10,000 in a plan, you will have to pay 175 euros just in commissions every year (considering you pay the highest fees), regardless of your plan profitability.

Talking about that, how and in what the plan invests will also affect the benefit it offers. Unfortunately, it is very common for a pension plan to invest in products from the same bank, which is not always recommended, especially because of the hidden interests that may generate.

For you to understand better, it’s possible that a pension fund buys shares from the same bank to avoid the stock to fall, it’s also possible that it acquires the assets that another fund, usually a fund for premium investors, is trying to get rid of.

Leonine conditions to redeem your money

If anything distinguishes pension plans is that they are an illiquid product, which means you won’t be able to redeem your money at any time. The law is very strict on what is needed to be able to take out the money from the pension plan, these are conditions:

To retire: This is the most common and easiest way to redeem the money. Once you retire, you can go to your bank and ask to be given the money in any way you want -Fixed payouts or all the capital in one go. Remember that you’re not compelled to redeem the money just after retiring, you can wait as long as you want.

Total and permanent work disability: total or permanent disability to do your regular work. The total disability for any kind of work or a severe disability will also allow you to redeem the money plan prematurely. Of course, the disability should be diagnosed by the Social Security, otherwise, the bank will deny your request.

Serious illness: For this, you will also need to present a medical certificate from Social Security stating the disease that incapacitates you for a minimum period of 3 months and that requires major surgery, or any other injury and the permanent sequelae that limit your ability to work. You’ll need a lot of paperwork and you’ll find many impediments if you want to redeem your plan this way.

Death: curiously, one of the fastest ways to redeem the money. If the plan owner dies, people designated as beneficiaries, or the legal heirs, will be given the accumulated balance.

Unemployment: if you have been involuntarily unemployed for more than twelve months and you don’t receive any contributory pension, you’ll get your money back. Of course, you must be registered in the State Employment Public Service (SEPE in Spanish). Moreover, only if you are not receiving the benefit you will be able to redeem the money plan. In other words, if you’re receiving any kind of unemployment help, you won’t be able to access your money. You’ll only recover the money if you need the subsidy and you don’t receive any other help.

To avoid foreclosure: You can also redeem the pension plan money to avoid getting kicked out of your house, but you must prove that you do not have any other asset or income to pay the foreclosure debt. In addition to that, the money accumulated in the plan should be enough to repay the totality of the debt. This option is now unavailable since the law allowing the money withdrawal due to an eviction ceased to have effect last May. This option is no longer available since November 2017.

Outside of these cases, the money will remain in the pension plan and you won’t be able to have it even if you need it. In addition, redeeming a plan is not like selling your participation in a fund, which can be done easily and quickly. First, you need to do the math on the fiscal impact it’ll have, then you need to think about how you’re going to redeem the money, if it’s through fixed payouts, you need to establish the amount, fill out the paperwork and wait.

In other words, if you’re thinking about retiring at a young age, a pension plan is not for you.

You can change your plan at any time

A pension plan is not for lifetime. There are different types of pension plans to meet all investment profiles and the needs at every critical moment. As the time of retirement nears, the logical thing to do is reduce the portfolio risk and change the plan. However, one of the most common mistakes of Spanish savers is to purchase a plan and keep it through hail, rain, or snow without anyone from the entity advising the change.

The law allows you to change pension plans as many times as you want at no cost. You can move your money from one plan to another within the same bank or even take it to another entity if you prefer its plans. Your home bank cannot block the operation or charge you for the change. 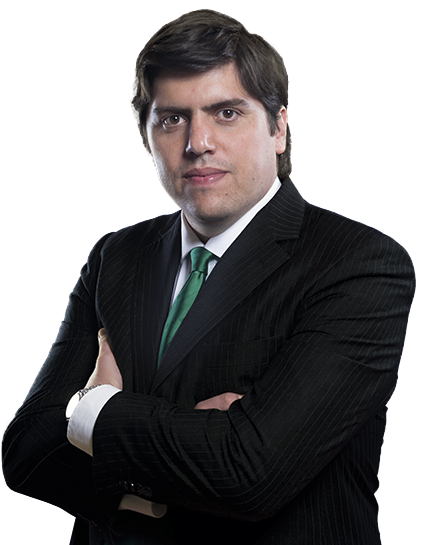